People Haven’t Thought a Living Thing Was Dead This Much Since Kurt Russell Escaped From New York to a Post-Disco John Carpenter Sound Track (If you aren’t familiar with the film Escape from New York, first, shame on you, and second, these jokes won’t make sense. Go watch it, or just accept that everyone in […] 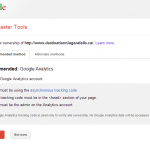 Webmaster Tools is a phenomenally useful and free diagnostic suite that no website should be without. In addition to telling you a lot about your website, it’s the only shot you have at getting information about how Google sees your website. It integrates easily with Google Analytics, which is also free and incredibly useful. I’ve […]

We’ve already explained why you can’t jam all your websites into one Google Analytics account, and gone through making an email just to hold Google and other website data. Then my father passed away at the same time as things really took off here at SWS, which has been tumultuous. I’m still trying to keep […] 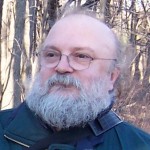 Sorry for the recent silence. We’ll get back to the Google Analytics setup guide soon. Those of you who use Google’s Feedburner RSS tool have likely heard about the increasing service disruptions it has experienced. You’ve likely also switched providers. How many of you also ran into weird caching issues with redirects they were ill-equipped […] 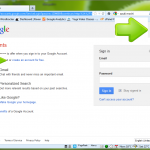 The previous post involved me trying to convince you that it is worth your while to set up a new Google Account for each business you want to use Google Analytics or Webmaster Tools with. If you haven’t read it and want to know why this little extra step is needed, you can go back […]