Sorry for the recent silence. We’ll get back to the Google Analytics setup guide soon. Those of you who use Google’s Feedburner RSS tool have likely heard about the increasing service disruptions it has experienced. You’ve likely also switched providers. How many of you also ran into weird caching issues with redirects they were ill-equipped to handle from a technical perspective? That I can’t guess. It will suffice to say that I lost my scheduled posting time to handling said issues.

Subsequent posts were delayed by the very severe illness, culminating in the passing, of my father.

(not to be confused with Alex Amprimoz’ Legacy Development) 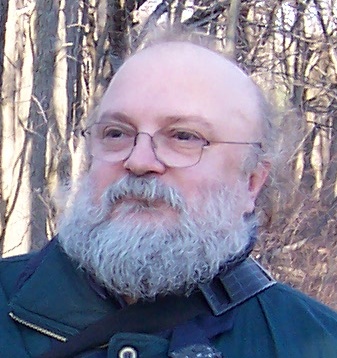 My dad (pictured at left) was a French professor at Brock University here in Niagara, but loved computers with a rare passion. I grew up in a house full of computers, any one of which would often be spread out in pieces across the dining room table, much to my mother’s chagrin. Dad went as far as picking up a degree in computer science, then doing IT consulting on the side while still teaching French.

During my last conversation with him I made it a point to tell him about my getting involved with Software Niagara because he’d be happy to hear about it: not just my being involved, but that something like that was taking place locally.

Being a Niagara SEO Consultant Can Be a Little Lonely

Software Niagara is a grassroots organization looking to unite and foster the Niagara development community.  Their first event, a Democamp, took place last September, and was absolutely great. Seeing that kind of creativity in my own backyard got me very excited: I work predominantly online and most of my clients and collaborators don’t live nearby. Seeing a chance to help build a tech savvy community locally I decided to volunteer.

Their next event is this evening. I know, it’s short notice. But if you can’t make it tonight, you can come next Monday, or any Monday thereafter. Software Niagara will be doing a Coworking Night every Monday at the Starbucks on Lake St. from 7pm onwards. Grab your laptop and go work at Starbucks, like many of us do anyway. But this way you aren’t doing it alone.

Software Niagara isn’t the only opportunity to cowork in Niagara. There is also the (aptly named) Coworking Niagara group, which meets from noon until four every Wednesday at the Mahtay Café on St. Paul St. Again, grab your laptop and come meet other tech, creative, and entrepreneurial types while you work.

I’ve been meeting with this group for the better part of this year. What started off as a chance to do a bit of networking developed the kind of business friendships that have led to a software joint venture and several collaborative opportunities. Perhaps more importantly, the friends I’ve made there have been tremendously supportive through the loss I’ve recently experienced.

If you work in an office you have that face to face team presence. As an SEO consultant working online I don’t get that with many projects, so it’s great to have a group to be social with while still getting some work done.

Oh, sorry. I haven’t really touched on that have I. Here’s the explanation from the Coworking Niagara Event page:

“Coworking is a work structure where freelancers and other independent, creative professionals get together in a shared space for the purpose of being more productive, generating new ideas and solving knowledge work problems.

Coworking is not a networking event, it’s not a support group (although those things happen). It’s a place and a structure to help you get your work done and produce a higher quality output.”

As always, thanks for reading: even more than usual as today’s post had a more personal and less informative flavor. The next post will likely get us back to Google Analytics setup. In the meantime, I’ll see you at a coworking event, unless you’d rather leave a comment or get in touch through social media.